To implement a web server with node-red you require two nodes. They are:

The http-in node is the web server, and needs to be configured to accept a URL request.

The node supports the GET,POST,PUT,DELETE and PATCH methods.

as shown in the screen shot below: 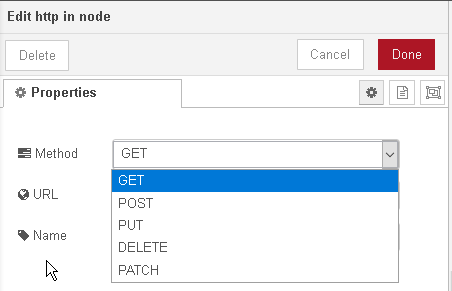 A list of request types and their function is here.

To illustrate how you use it we will configure a simple web server to serve web pages from the base url of myserver.

To do this we first configure the http-in node as shown in the screen shot below:

If you look at the screen shot below the http-in node will accept a get request on the URL /webserver.

All other requests will be ignored.

If we start using the simple flow shown below where we pass the output of the http-in node to a debug node and test this using a web browser.

You will see the request in the debug node, but the browser will show an error.

This is because the browser is expecting a response but doesn’t get one.

To send a response back to the browser we need to use the http-response node.

We can accomplish this by simply wiring the output of the http-in node to the http-response node.

Now if we test using a web browser it works but we don’t see anything in the browser.

What we need to do is return a web page. To do this we can either create a page and store it on disk or use a template node.

This is the flow:

The contents of the template is an HTML page like the simple one shown below: 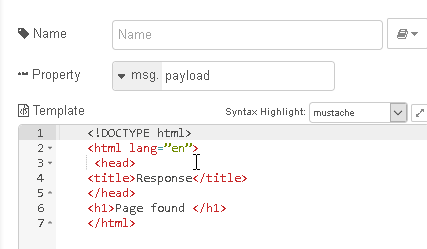 Note that the contents are returned in the payload.

This is the flow: 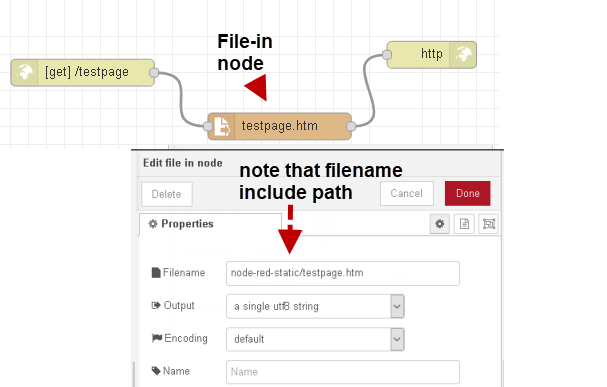 You should pay attention to the file name path.

The root folder for my static content is called node-red-static and so the file (web page) needs to be placed in this folder.

However when reading the file I need to specify the path from the node-red root which is .node-red.

You could also use the full pathname /home/pi/.node-red/node-red-static/testpage.htm.

Although it makes sense for the URL and page name to match they don’t need to.

This is a settings in the settings.js file. Mine is shown below:

In any of the flows above if you pass the output of the http-in node into the debug node you can see both the req and res objects.

Requests into the http-in node are captured in the req object.

The screen shot below is taken from the node Info tab and show the main components of the req object: 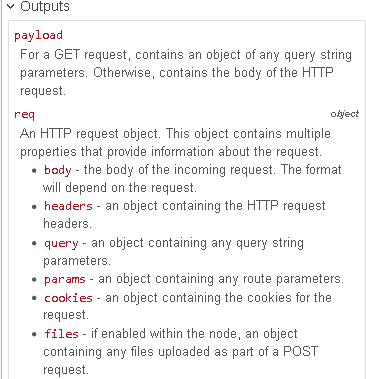 The http-in node creates the res object which gets pass onto the http-response node.

It is not usually passed directly into the http-response node but the help states:

What this means is that you should not try to modify this object.

What you normally do is insert a response payload as shown above and change response headers.

Response headers can also be set in the http-response node itself but they are usually done programatically using a function node.

Messages into this node must originate from an http-in node.

You can set the response code and other message headers in this node or in a previous node.

Inputs into the node in addition to the res object from the http-in node are:

In the previous examples we have used a fully specified path name in the http-in node.

A more flexible scheme uses named parameters. to use them we configure the http-in node as follows: 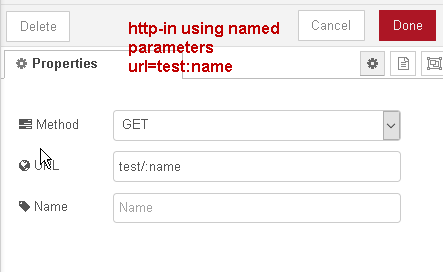 The url field has the structure
base+:name
in my example test is the base and so we have
test/:name

We can access the named parameter using a function or changed node.

If we access the web server using the url

We see the named parameter (page2) in the req object as shown below:

Typically we would use the name to create a file name to read from the server or to form an API endpoint.

In the example flow I capture it in the template node and return it to the browser in the response.

The template node code is as follows:

Query parameters are passed in the URL using a question mark and key value pairs.

Each query parameter is separated using a & characters. So we have a url of the form:

So if we use this in conjunction with our named parameter example. We don’t need to change the http-in node we just need to add the logic to extract the query parameters. 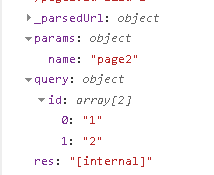 To extract id1 I use:

Notice that because they both use the same key (id) they are stored as an array. If I use

This is how they appear:

This is what the new template node looks like:

This is what appears in the browser:

When configuring the web server as an API then it is common to return JSON formatted data.

If you are returning JSON data to a request then you will need to indicate this in the response header.

The following flow shows how to do this using a function node and a change node. 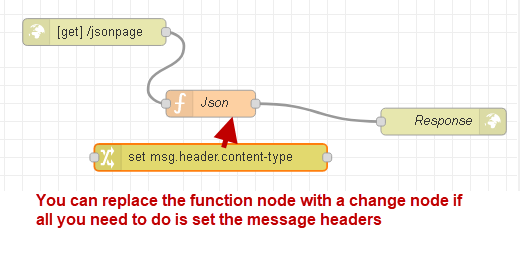 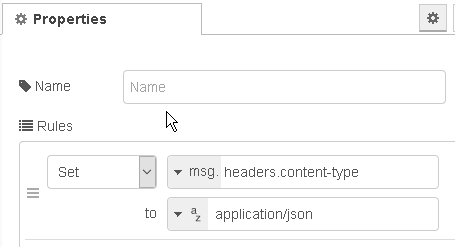 and the function node contains the following code

You can use node-red to create a web server for serving web pages or providing an API.

The web server requires tow nodes the http-in node which receives the requests and the http-response node would replies to the request.