The node red dashboard is an add-on module that lets you create live dashboards.

It is an optional module and it is not installed by default.

You can install the dashboard nodes using npm make sure you are in your .node-red folder when you run the command:

or from inside node-red just as you install other nodes.

The Node_red dashboard files are stored in a folder called node-red-dashboard in the node_modules folder. 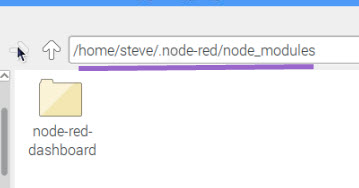 The install adds a new category to the node palette and a collection of UI (User Interface) nodes or widgets.

They consist of both input and output nodes. 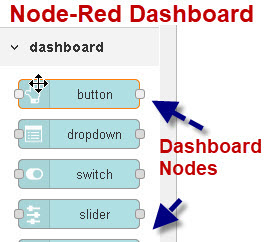 To use them just drag them onto the flow canvas.

Starting with version 2.10 you can now install individual widget nodes, and also create your own dashboard widget nodes. see here

The dashboard or display nodes appear on the User Interface (UI) dashboard.

An example UI dashboard is shown below: 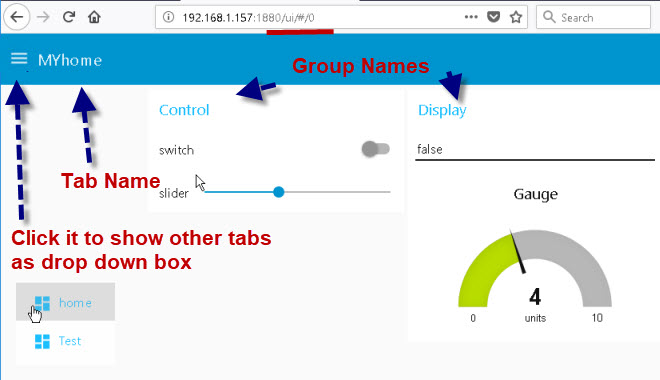 You can have multiple display pages called tabs and each tab has a name.

On a Page the display nodes can be arranged in Groups.

When you drag a node onto the flow canvas you will need to edit it to target a display tab and a display group. 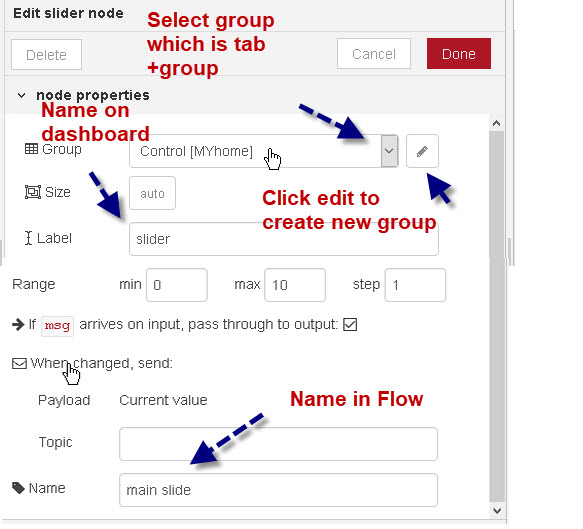 The layout of the UI screen can be controlled in the dashboard tab (third column main screen) of the admin page and select layout.

You can create new tabs and groups and move display nodes between groups using this screen.

This is usually were you do the initial design. 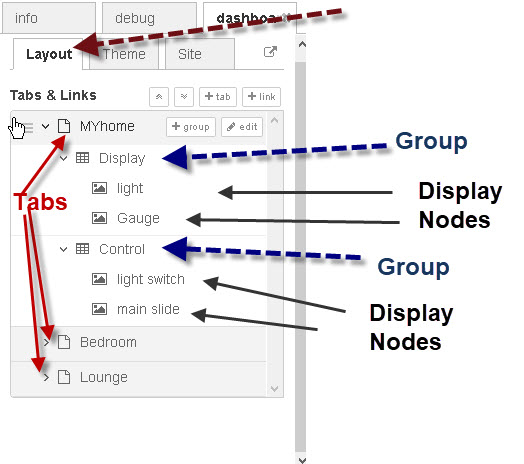 The screen shot above shows a flow with three display tabs called MYhome and Bedroom and Lounge.

This is how they appear on the User Interface. 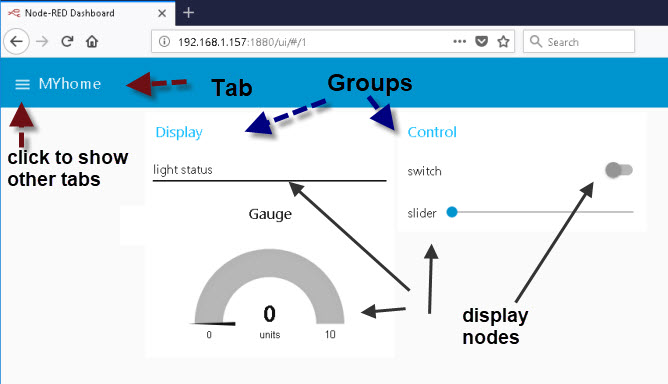 This is the Flow I used to create the above. 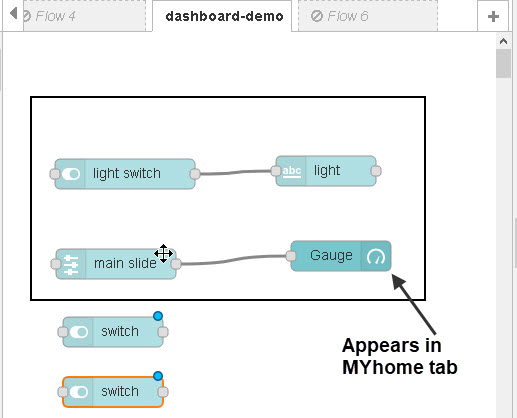 Not all nodes available dashboard nodes are part of the default dashboard nodes. Two nodes in particular are the table and list nodes will need to be installed separately.

Q- I have installed node-red but don’t see the dashboard nodes.

A- The dashboard nodes are an add-on and need to be installed manually.

Q- I have installed the dashboard nodes but they don’t appear in my admin Interface.

A- You weren’t in the .node-red folder when you did the install.

This video takes you through installing and creating a basic dashboard.

Here is the flow used in the video

Other Node-Red Tutorials and videos