To do that it uses the the name resolution processes provided by the host machine.

There are several ways that the host machine can resolve a domain name. The main ones are:

Generally a host will try multiple methods until it succeeds or runs out of methods to try,and then it fails.

The order in which it tries this method is a host parameter that can be changed.

In Linux this is done in the /etc/nsswitch.conf file.

There are three operating systems in common use on home and corporate networks. They are

Early Windows networks used the Netbeui (NetBIOS) protocol which had its own name resolution methods.

Likewise Apple also had their own networking protocols and name resolution methods.

The Internet was built on Linux (Unix) and TCP/IP which used the hosts file and DNS as the main name resolution methods.

Microsoft and Apple moved from their proprietary networking protocols and standardized on TCP/IP, and in doing so adopted the hosts file and DNS resolution methods.

However they also kept their old methods, and modified them to work over TCP/IP.

The name resolution order can also be affected by the type of application making the request.

On Windows machines, traditional NetBIOS application use NetBIOS name resolution methods before they use the hosts file and DNS. See here

However SMTP, FTP and other traditional Internet protocols and application use hosts and DNS. See here

On Windows machines you can see the contents of the DNS cache and clear it using the ipconfig command.

To clear the cache use:

Note: The cache isn’t cleared automatically on Windows which is unusual for a cache.

To view the cache use: 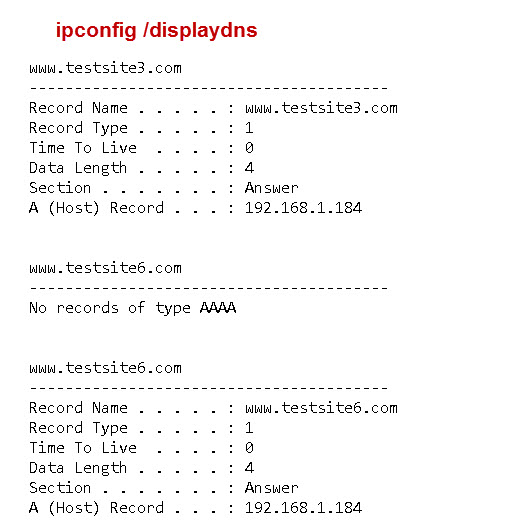 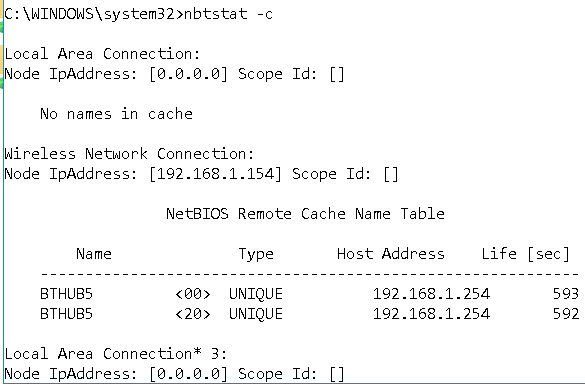 See this Technet article for a more detailed look at nbtstat.

Q- Is there a DNS cache on Linux?

A- Not normally. See this stackoverflow q and a

Q- What is the LMhosts File and where is it stored?

A- The LMhosts file is found on Windows machines and is used for NetBIOS name to IP address mapping similar to the hosts File. It is found in the same folder as the hosts file which on windows XP,windows 7  it is located in c:\windows\system32\drivers\etc\,

Q- Can I tell which method resolved the host name?