Encoding data in JSON is popular for sending data over the Internet, and also for storing data. 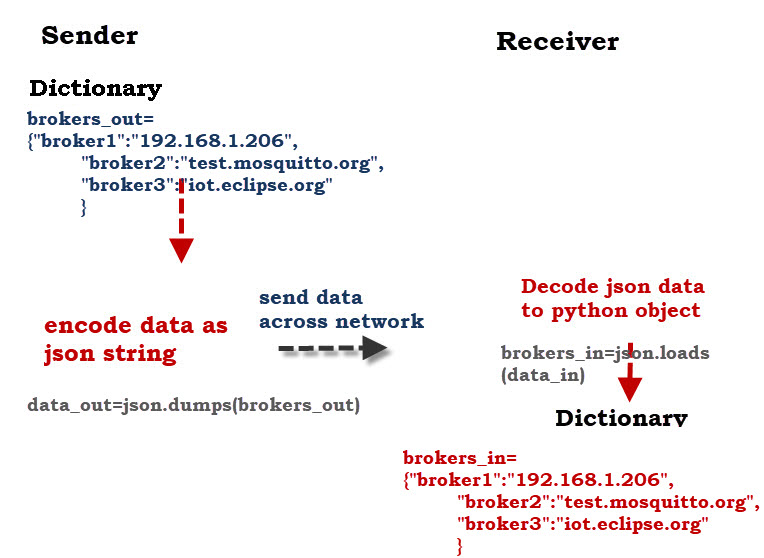 Note: if you prefer video then I’ve create a YouTube video that covers this- How to Encode, Send and Receive JSON Data Using the Pythom MQTT Client

You will first need to import the json module

To encode a python dictionary or list use json.dumps(data) as show below:

To convert from a JSON string to a Python object use json.loads(json_string) as show below:

I’ve created a simple Python script that demonstrates the process.

The first part of the script encodes and decodes a Python Dictionary.

The second part of the script encodes a Python Dictionary Publishes the Data to the MQTT broker, then receives the data and decodes it back into a dictionary.

You can download the demo script using the link below

Here is a screen shot of what it looks like when run.

Notice the Python objects is converted to a string by the json.dumps() function. 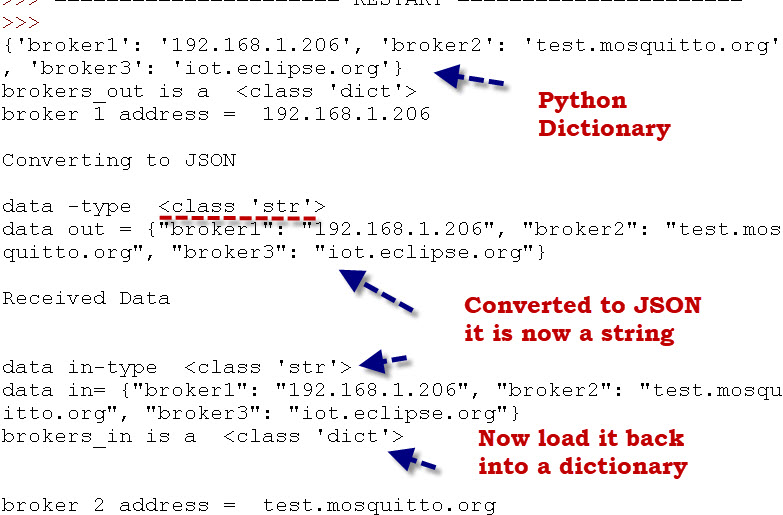 Now we run the second part of the script which publishes the JSON data and then receives the Data and decodes it back into a dictionary.

Here is the on_message Callback which receives the messages and converts it to a dictionary.

When working on decoding complex JSON strings I find it useful to paste the string into a Python command line and use it to decode the string. 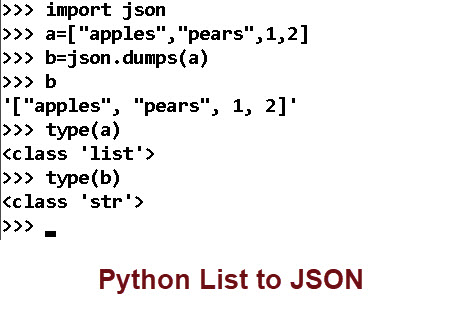 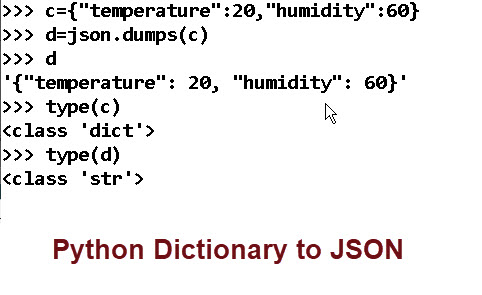 Below shows the JSON strings b and d being converted back to Python objects:

and the output looked ok but wasn’t working. On closer inspection and comparison with the output from the mosquitto_pub tool I noticed extra spaces had been added after each colon.

The solution was to use the separator option.

See this for reference

JSON is a very popular format for encoding data and sending it across networks and also for storing it.

Python makes it easy to create JSON encoded data strings and to decode them.